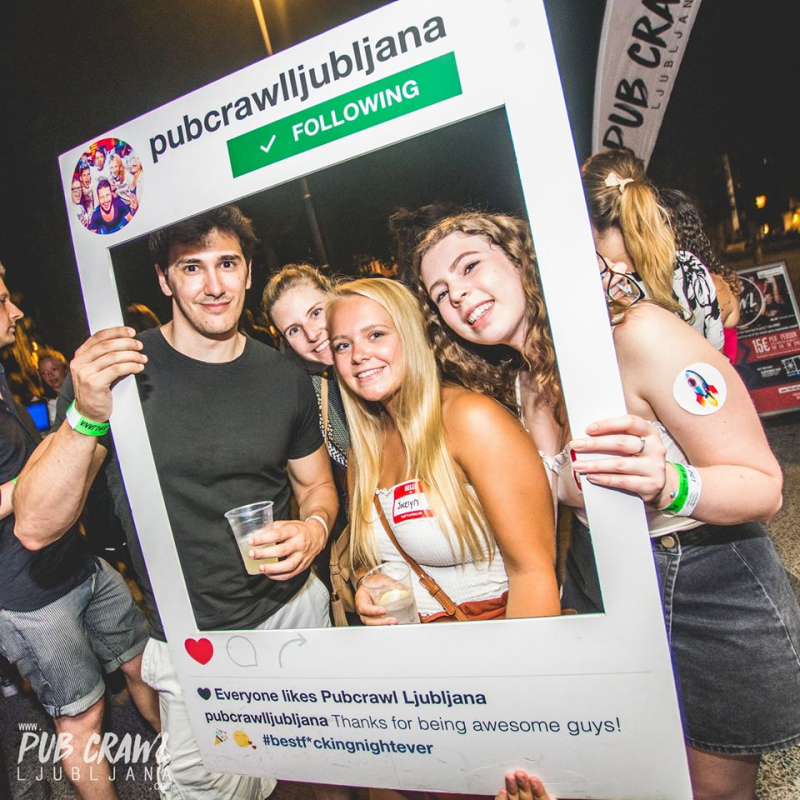 The only pub in town that hosts karaoke nights (Wednesday at 21.00), you can sing a solo song or in a group of friends which you just met. It’s THE place to go on a Sunday or a holiday since it’s open every day of the week.

An amazing place for a quick lunch, since every meal they prepare looks absolutely delicious. Open until late nights, it’s also a meeting spot and home base for the Pub Crawl Ljubljana. On warm nights, especially for Fridays, the resident DJ will be playing live music outside in the garden, while very friendly waiters will be taking care of your drinks. Gig Bar is also often the place for Stand-up comedy events, hosting the best comedians from all over Slovenia.

A hidden gem inside a small alley right next to Ljubljanica River, Captains Cabin is open every day, even on holidays, and offers sweet 2 for 1 cocktail deals as well.  The whole bar is decorated in a pirate theme, and it also has a jukebox, making you able to select music to your very own wishes.

A classic European pub, with a beautiful garden in front of it. It’s also very big, with live music from time to time. The street where Cutty Sark is located in a hidden oasis in Ljubljana because there’s a ton of plants and green color all around it. It’s not a common young people party destination, but worth a visit nonetheless.

The busiest pub in town, almost always occupied by young people and party-goers. Locals are very familiar with 3 cocktails for 10€ deals in the evenings, and now you are too- it’s a great way for budget drinking when starting the night out. Parlament also transforms into a crowded dancing student pub at night, usually closing in late mornings. It serves as a big hotspot for young people to hang out since it's pretty much Ljubljana nightlife's resident and most notorious pub.