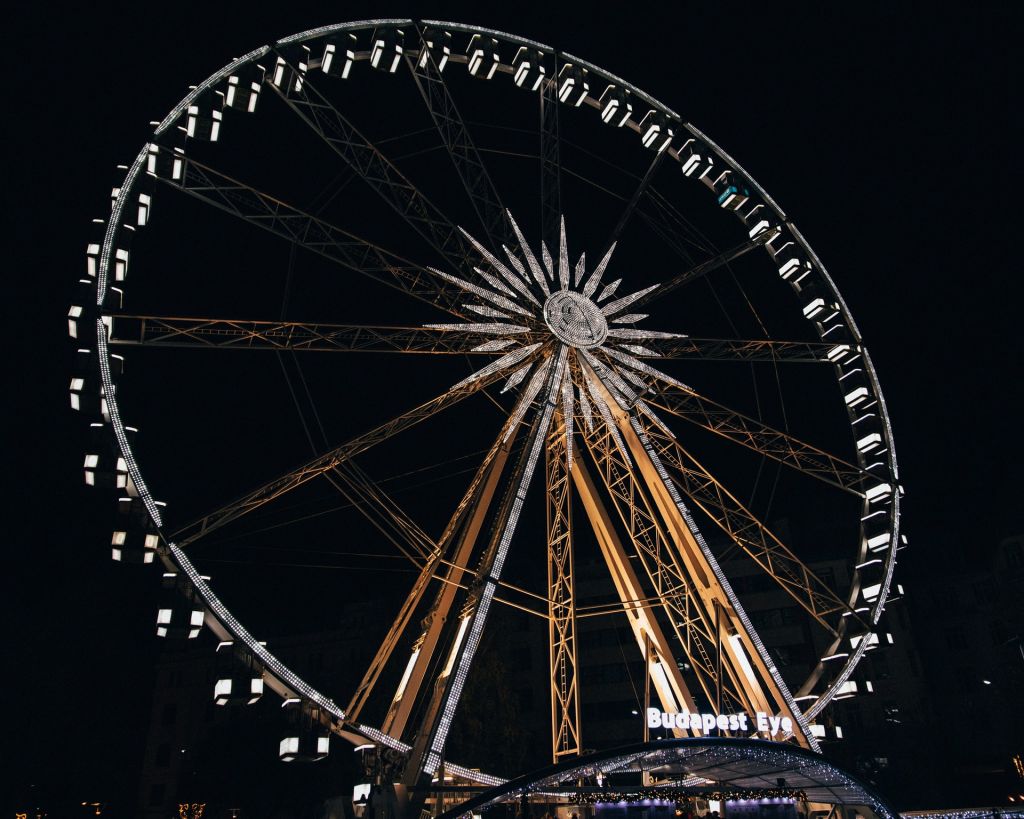 We cannot stop telling you about all the sights and famous places that Budapest has to offer. This is how we arrived at Deák Square now. Probably one of our most favourite ones.

Because it is central, close to everything, easy to get there and full of life!

This is a central, yet utterly charmless, square, where you can find the cool skaters, tourists, several hotels, countless restaurants, a big bar and discos, and so much more!

The Deák Ferenc square was named after Ferenc Deák, is a major intersection and transport junction in Budapest. Károly körút, Bajcsy-Zsilinszky út, Király utca, Deák Ferenc utca, and Harmincad utca converge here. Not only these streets end here, but also three metro lines are running under the square.

Tram lines 47 and 49 also originate from the square, as well as several bus lines. Deák Ferenc tér is a popular gathering for young people, but nowadays also for older generations. Alcoholic beverages are sold at the grassy area, and it is common for Deák Ferenc tér to be populated until the midnight hours. Or even after…

Triangular Deák tér in the heart of town has been central to Budapest since Turkish times. Back then, of course, it wasn’t central to anything that came later. Today it is definitely one of the major meeting points in the city, due to its traffic as well. It took its name from the Wise Man of the Nation, statesman Ferenc Deák, in 1866, but has meant many things to many people over the centuries.

A few steps away, stately Vörösmarty tér, bar-lined Madách tér and Erzsébet tér, with the Big Wheel, a sports court, skateboard ramps and a small urban park can be found, and many people’s favourite hangout place, the Fröccsterasz. The other side of the square you can enter Váci utca and the Fashion Street as well. Basically everything that you are looking for is close to it, but you cannot do much on the square itself.

We wanted to have a few lines for the Budapest Eye, which is the main attraction here.

You can see all the sights of the city in a panoramic view from Danubian ships to Buda Castle and the temple towers of Pest. The Ferris wheel is open every day of the year.

You have the opportunity to buy the tickets online, but you can also buy the tickets at the cassa on site. If you would like to surprise someone, you can purchase Gift Tickets on site, which can be used within 1 month of purchase. The Ferris wheel has a larger cabin available for wheelchair users, so no one has to miss the breathtaking view on the top.

One session is about 8-10 minutes long, but it is enough to admire the city below us and make the most out of the Budapest Eye.

Look around the city, choose your activities wisely and make the most out of Budapest while you are here. Sometimes the best and most beautiful things are so close to us, we just have to notice them and try it out until the holiday lasts.